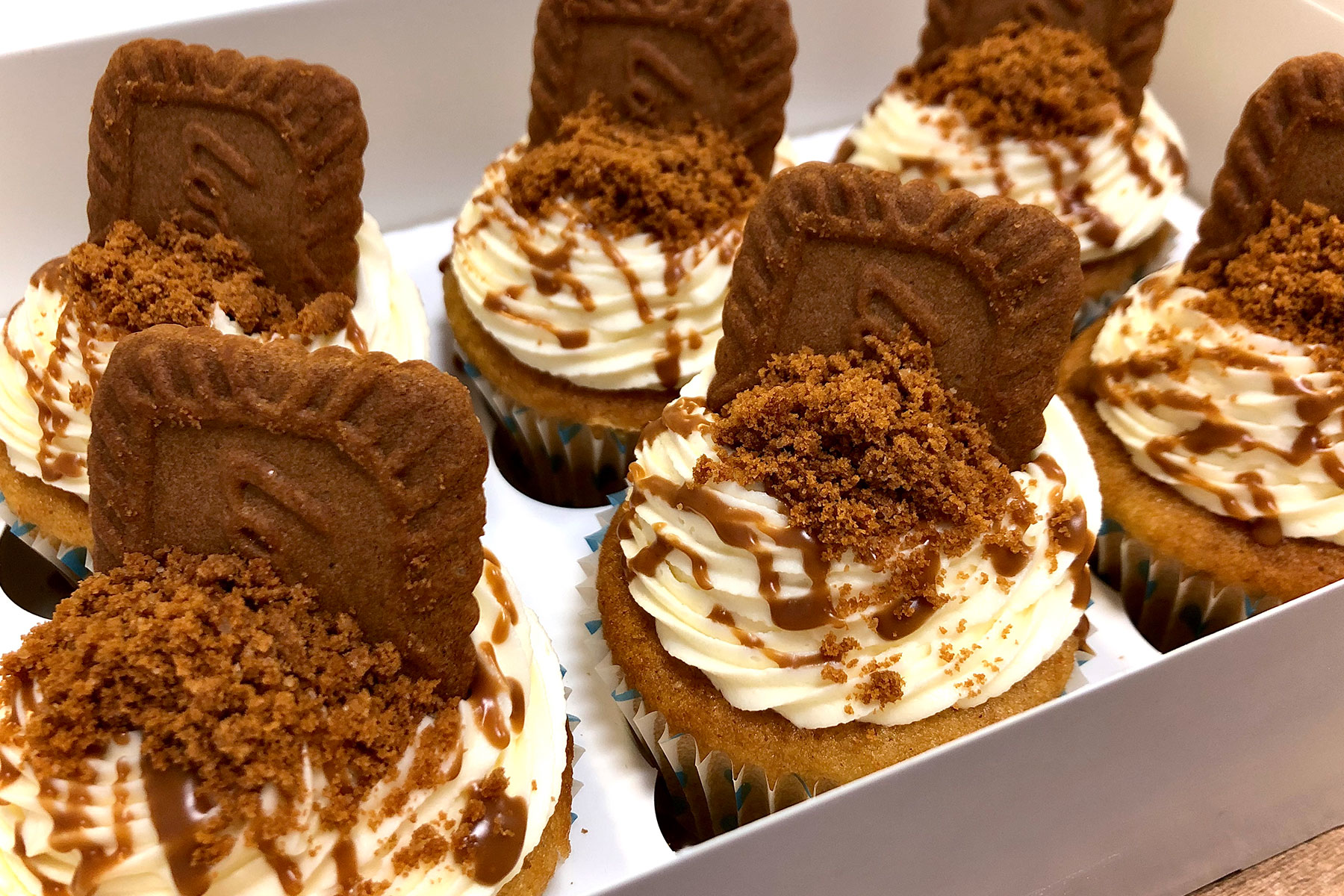 Twilo have been Sampling Vegan Cupcakes!

As January is now Veganuary, the whole team at Twilo has been giving Vegan food a go. To our delight, the wonderful people over @sugarhitcakery Kindly sent us a sweet treat introduction to the world of Vegan desserts.

Here’s what our team thought of Lotus Biscoff Vegan Cupcakes…

I tried a vegan diet for part of January and although I didn’t last the whole month I did get to indulge in some lovely food, not least these delicious cupcakes from Sugar Hit Cakery! The cupcakes were as good as any I’ve tasted, I’d challenge anyone to tell the difference between the vegan and non-vegan versions. The taste and texture were ten out of ten and I’ll certainly be ordering from Sugar Hit Cakery again in the future – everyone in the office seemed to enjoy them!

I have been craving for another cupcake since I finished it. Great taste, great texture, perfect amount of sugar, the right amount of cream. However, I wouldn’t eat it over anything I care about. The messiest cupcake I have ever eaten.

It looked amazing, very nice presentation, just makes you want to take a bite… My second thought was this is going to get messy, definitely needed a plate! The cream was creamy, the sponge cake was fluffy and fresh, not dry at all. I would never know it was vegan without being told. Overall very impressive and delicious.

I honestly couldn’t taste the difference between Vegan Cupcakes and a regular one, it still tasted like a good cupcake. I think if they were available in regular shops I would definitely buy them more often.

Lotus Biscoff Cupcake was delicious, would never have been able to tell it was Vegan in any way as the sponge was airy and there was no difference in taste or texture of the buttercream.

In conclusion, a great hit with all of us here Twilo and we would highly recommend you get your tastebuds blown Sugar Hit Cakery